As parents, it is important to realize; your child will be educated about the online world, including sexuality/pornography. The only thing to decide is, will you be the ones to teach your child, or will someone else?

Communication is key, and it must begin earlier than you think. As soon as your child begins verbal communication, you need to be having age-appropriate conversations about topics such as acceptable touch, picture taking, and body parts, among other things. The more you talk about it, the less awkward it will become, and it is laying the foundations of communication that will hopefully remain during the teen years when the dangers they face will increase dramatically.

Talk to Your Children About Who Can Touch Them and Where

Talk to them about who can touch them and where. For example, only mommy or daddy should see them with their clothes off, and only during appropriate hygiene situations. Explain that sometimes a doctor may need to see them with their clothes off, and it is okay only if mommy or daddy says it is okay and are there with the child. Tell them it is not okay for anyone to ask for or take pictures of them with their clothes off. Share with your kids that they might see or hear things that make them feel uncomfortable, and let them know they can always tell you about it without fear of shame or judgment. Teach your children the difference between a secret and a surprise. A surprise is something you are not telling someone right now but will later (like a present or surprise birthday party); a secret is something someone does not want you ever to tell anyone, and that it is not okay to keep secrets. Teach them if they get separated or lost, to find another mom with kids to ask for help. We often teach kids to find a police officer, but so many people have uniforms that look similar, from a child’s point of view, that we can’t expect a child to differentiate. A great book on how to protect your children is Gavin de Becker’s Protecting the Gift. 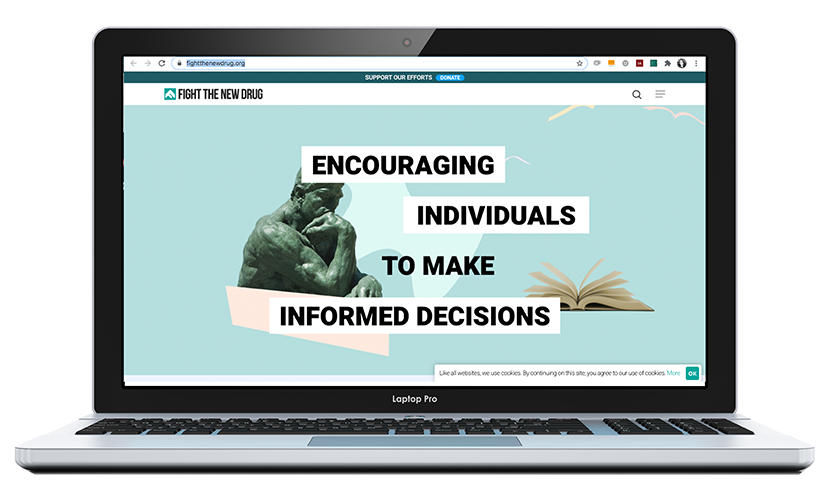 As a parent or guardian, understand that your child will be exposed to sexually explicit content at an early age. It is not a matter of “if,” but “when.”  By the time most parents start to consider having “the talk” with the child, it is a safe bet they are already aware. The easy access to the internet has opened the whole world to your child, including the bad stuff. Your child is more likely than not going to be exposed to sexually explicit content, more graphic and hardcore than we would ever have been exposed to at their age. During this crucial time of neurodevelopment and learning, this early exposure very easily begins to subconsciously solidify their arousal patterns and the idea of what normal healthy sexual behavior should be. Very often, a child could have several years of “education” in this area before the parents begin trying to educate their kids, and by then, it is an uphill battle at best. We see this borne out daily with the number of cases with willing and compliant child victims who do not see anything wrong with their sexual behavior. Whether they self-produce sexually explicit images or videos, engage in cybersex, or agree to meet and engage in sexual activity with someone they met online, they are merely imitating the very things they have learned online, and which has been normalized as acceptable behavior to them. Resources such as Fight the New Drug are invaluable in helping understand the link between sexually explicit content and the physiological and psychological changes it has on the viewer.

Remember, this is a long-term battle that needs to be fought on two fronts – educating yourself as the parents, and educating your children. It never stops, it must begin early, and it will last years – but the safety of your child is more than worth the effort!

Education for ParentsRequest an Event

Have you witnessed signs of child exploitation? Report it.

Do You Need Help?

Below you will find some of the most commonly asked questions about the ICAC Program and crimes against children involving technology.

What Does “ICAC” stand for?

ICAC stands for Internet Crimes Against Children. The ICAC Task Force program was an initiative started in 1998 by the Office of Juvenile Justice and Delinquency Prevention. The Bedford County Sheriff’s Office was one of the first ten task forces in the United States when it started in 1998.

I think my child may be a victim…what do I do?

If you think your child is a victim of online child sexual exploitation, there are several things you should do to help law enforcement have the best chance of locating and prosecuting the offender. There will be a surge of emotions when you find out your child has been victimized, which is normal, but it is important to act calmly. First, preserve any evidence. Do not continue to look through data or electronic devices that were used by your child, as it may alter or destroy digital evidence. If possible, secure any online accounts, make sure you know the login and password information for the accounts, and keep the device charged/powered on until law enforcement can collect it. Disconnect from the internet, wireless, Bluetooth, etc…if a mobile device, place into airplane mode. Do NOT delete any messages or images/videos, no matter how explicit they may be. Do NOT contact the offender and tell them you are calling the police. This may seem like common sense, but in the heat of the moment, it happens more often than one would think.

How can I report an internet crime involving a child?

You should attempt to contact your local law enforcement agency first, especially if it is an emergency involving immediate risk to the life or physical safety of a child. In this case, dial 9-1-1. If you live in Virginia, you can look at the Task Force Affiliate Agency list and see if your agency is a member of the SOVA-ICAC Task Force. If you live in Northern Virginia, you can check the website for the NOVA-DC ICAC Task Force to see if your local law enforcement agency is a member of that task force. You can also report 24hrs a day via The National Center For Missing and Exploited Children’s Cybertipline. This can be done by phone at 1-800-THE-LOST (1-800-843-5678) or online here. When making a report through NCMEC’s Cybertipline, you do have the option of making an anonymous tip, but please keep in mind that making an anonymous complaint may result in law enforcement not being able to contact you for additional information they may need to further an investigation.

I want to help! Can I volunteer to work with your task force or report suspected predators I find online through my own investigations?

While we wholeheartedly understand the desire to help, we cannot condone cyber vigilantism or accept any cases/leads developed via intentional investigations performed by non-law enforcement investigators. Investigators must receive extensive training related to legal investigative techniques, avoiding entrapment issues, preserving evidence, etc. Not knowing what is required for successful prosecutions, a non-law enforcement person attempting to do their own investigations may inadvertently violate someone’s rights or commit an act that causes any evidence obtained to be thrown out. In addition, predators will often send Child Sex Abuse Material (CSAM) via picture or video to people they are communicating with. They may send it to a child (or who they think is a child) to show the child that other kids are doing what the predator is encouraging the child to do. They may also send CSAM to adults that they think are like-minded. Either way, you could end up in possession of CSAM, putting yourself at risk of being prosecuted for violation of both state and federal law.

What are some resources I can use to better learn how to protect my children?

Education is key! As parents, we have a responsibility to teach our children about the dangers they will face online and what to do if and when something happens. Communication at an early age, at age-appropriate levels, is paramount. Discussing topics like appropriate touch and appropriate behavior are important and should be consistent and reinforced frequently. Know that many children will be exposed to some sort of sexually explicit content years before you think they will, and often well before parents even think about having “the talk” with their child about puberty and healthy sexual behaviors. Begin having those discussions very early on, at age-appropriate levels, but start setting the foundation for trust and open communication. Teach your children what to do when they are exposed and that they can come to you without being ashamed or embarrassed. Take time to learn about the devices you choose to allow your children to use. Know and use parental controls, restrictions, and notifications. Control screen time. A simple web search can also provide a wealth of information to educate yourself and help educate your children. Here are some resources you can use.

Will someone come to do a presentation for my group?

As part of our task force mission, we provide presentations to groups of all ages and types. We would be happy to come to speak with your group, though we ask that the audience is of similar make-up (i.e., adults-only, teens, middle schoolers, younger children, etc.). Request a presentation.

What is Child ID?

Our Child ID program is a free service we can provide at your public event. We will bring all the equipment to digitally fingerprint and photograph children (with parental/guardian consent), with all information saved to a CD-Rom, and given back to the parent/guardian. We do NOT keep or store any information about the child other than maintaining the signed consent form. In the event a child goes missing, the parents/guardians will have current pictures, fingerprints, and other important data in one place to easily provide to law enforcement to try to help locate and identify the missing child. You can request a Child ID team for your event.

Have you witnessed signs of child exploitation? Report it.

What Happens When I Make a Report? 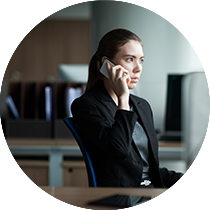 Once a report is given, analysts begin reviewing the complaint and forward to the ICAC Task Force with jurisdiction. 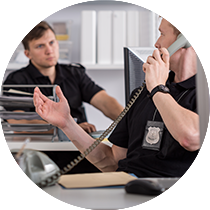 Law enforcement will review to determine if there is an actual violation of state or federal law. 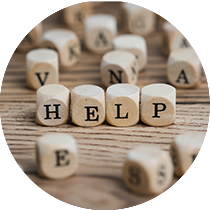 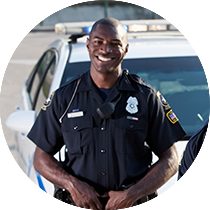 If a criminal violation has occurred, law enforcement will investigate to try to determine who the suspect is and will consult with the appropriate prosecutors for appropriate charges if a suspect can be identified, after a search warrant is executed and evidence obtained.